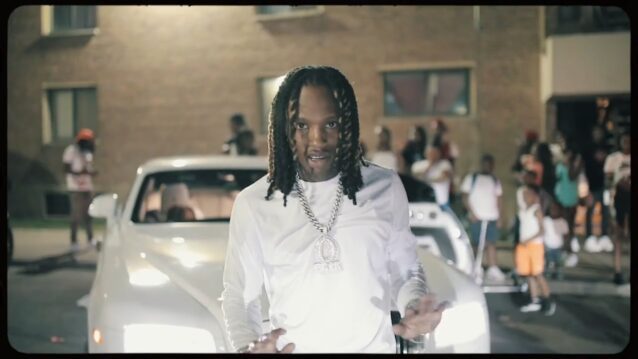 All These Niggas Song Detail

All These Niggas King Von

DJ on the beat so it’s a banger
Yeah

All these niggas actin’ like they with that shit, I ain’t stuntin’ these niggas (Let’s get it)
Lamb’ truck sittin’ so low had to crouch my back, fuck around, had to sit on my pimp
How you gon’ back door nigga you love for a little bit of clout?
That’s a shame on niggas (Shame on niggas)
How you gon’ sit in my car, tryna play Lil Pump like we ain’t too dangerous?
Bro got trial, he lost faith, he looked up when they changed the verdict (Let’s get it)
Robbers goofy, stains pay me for a song, don’t clear the verse (Don’t clear the verse)
We don’t go off names, I don’t care who they is, we go off murders (We go off murders)
This your first time buying that za za, I need 4K for the sherbet

He a pussy, I know niggas in his hood, that boy a ho (That boy a ho)
That pussy dookie, I be fuckin’ his main bitch, and he don’t know (And he don’t know)
We got .45 drums, everytime they see me I’m on go (Bow-bow)
Tooka in my lung, I say that everytime, ’cause he got smoked (He got smoked)
Fuck how you feel, for real, my best friend, he got killed
We was in that field for real, blowin’ niggas down, boy, come here
Everything I say, I mean it, 6ix9ine he say he seen’t it
They know King Von a demon, super cold that boy anemic

Nigga, don’t say it in my face
They say it when I turn my back
Lil’ nigga, let’s do it (Let’s do it)
Ain’t gotta back door, ain’t gotta snake you out
Lil’ nigga, you know we into it
Nigga, you ain’t good in your hood
You can’t even go to your hood
Why you tryna blame your hood?
You don’t wear chains in the hood
You don’t even claim your hood
Yeah
O’Block, OTF, 300, bitch, just check the stats
Nigga said that he be throwin’ shots, I bet he catch ’em back
I called folks’em late, I know they up, I know they in the trap (Trap)
Got his lo’, man his ass a goofy got his shit off Snap’

I been shootin’ guns, I got bodies from way back
I spent a lot on bonds, once I beat my case I get it back
You know they like to run, but you better not trip, boy, watch your step
And I’m just havin’ fun, and I got that aim shoot like I’m Steph

Bet yo’ bitch wanna meet me, she seen me on the TV
She in love with all these VV’s, Icebox made my shit look 3D
Hell no, I ain’t hear your CD, I’m right here in your city (Uh, huh)
They like, “Von, you better tuck your chain”
Don’t nobody wanna die, ain’t nobody that silly

I been shootin’ guns, I got bodies from way back
I spent a lot on bonds, once I beat my case I get it back
You know they like to run, but you better not trip, boy, watch your step
And I’m just havin’ fun, and I got that aim shoot like I’m Steph

All These Niggas Song Video