Bloody Canvas Lyrics by Polo G is latest English song with music also given by him. Bloody Canvas song lyrics are written by Polo G. 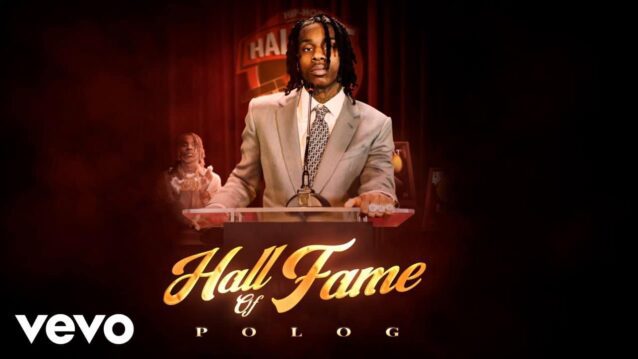 Head’s burnin’, wasn’t told
To leave, the world is burning down
Never had no help from anyone (I’m Harry, Harry Potter)

Uh, let me tell you ’bout a young ni**a, he was only fourteen
Don’t f**k with ni**as, he stay social distanced like he quarantined
Went from NBA to tourin’ dreams
And a street legend in between
That’s when prayers made him hit his knees
See, he was born Cabrini-era back in ’99
On Chicago North Side, where the news reportin’ live
He can’t help but rep his hood, damn near born on his block
And his parents had him young, they ain’t really have a lot
Seen his daddy gang bangin’, one day, he might take his spot
Five years old and he taught him how to aim a Glock, uh
“Use that bi**h to protect your family,” that’s what he told him
A empty clip, he grabbed the gun and practiced what he showed him
And his family hood famous, pop out, everybody know him
And his people stuck for him so he won’t let nobody ho him
Uncle’s tellin’ street stories, shit intriguin’ like a poem
Sayin’ shit like he’d put it to they neck if anybody owe him
All through his childhood, he was bad, but innocent
Playin’ basketball with his homies, runnin’ scrimmages
This who he cracked jokes, made a bond, and got suspended with
And when they saw the opps, they fist-fought to settle differences
‘Til one day, the opps, they got tired of gettin’ beat up
They big homies gave ’em guns like, “Man, go and light they street up”
They puttin’ hoodies on, all black, loadin’ heat up
Adrenaline pumpin’, now, they can’t wait until they see us
Normal day on the block, it was fun and all smiles
But his best friend Jacob wandered off from the crowd
Took a walk to the store, headphones bangin’ loud
Then his opps bent the corner, he ain’t see ’em come around
When he looked up at the car, that’s when them shots went, “Baow”
Blood oozin’ with his back on the ground
Vision blurry, heartbeat slowin’ down
Blood comin’ out his mouth, feel like he startin’ to drown
Tires screechin’, last thing he heard was that sound
“Jacob just got shot,” that’s what a lady screamed
Now everybody out of breath, runnin’ to the scene
Seein’ Jacob on the floor, that was some shit they couldn’t believe
His eyes rolling back, his auntie trying to tell him, “Breathe”
Died ‘fore the paramedics came, she cryin’, “Baby, please”
Ain’t even get to graduate ’cause he was only seventeen
Shorty cried all night, wishin’ that shit was just a dream
‘Til that pain turned into anger, time to make a ni**a bleed