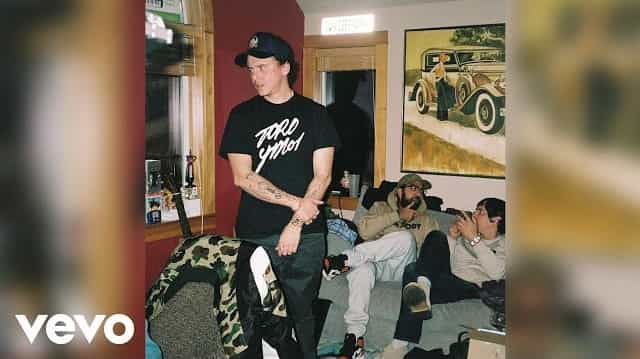 Everything that I have, I’m thanking god for it now
I’m taking all of my trees, proceed to breaking it down
Though with fu*king with ground levels, we in the clouds
Stay reclining my seat, smoking, leaning it back
Living like rock and roll but still doing this rap music
Moving through stats, always moving the crowd
If wiz khalifa’s on your campus
Then I’m probably smoking loud
With a bad one coming out, talking bout
Keep your cool so we don’t hear the hate and doubt
They just mad ’cause they ain’t make it to the clouds
Tried they best but they just ain’t getting accounted for
We ain’t going back and forth
I ain’t just start, multiple trends, I open doors
Provided a style for you and yours
I made the class, you studied the course
Game’s to be sold, not told
Hopе that you could afford it
Make sure the privatе plane cold as soon as I board it
More concerned with stocks
And mortgages than little boy sh!T
Famous girl, she on my line
She need a d!Ck appointment

Tell me who really want it
Everything that they talking about, I already done it
Don’t fu*k with they narrative and how they spun it
Like clive campbell, I’ma set an example
My flow ample over this sample
Leave the beat trampled, never one to ramble
Head to toe in that camo, blowing up trees like rambo
This is the way, b!Tch, I’m repping that mando
Got a lot of money, don’t need a lambo
Back in the day, I was in a minivan though
Back in the day, I was in a minivan, oh
Sipping on something and whipping it slow
2010, I remember
When I was living in my godmother’s in g-burg
That’s my word
Bumping mac miller k.I.D.S., kush & o-j wiz
Look in the mirror, I’m hoping it’s his day
Give a fu*k what the kids say
Logic bringing it back to the rap sh!T
That 2 dope boyz, datpiff (yeah! Yeah!)
Give a fu*k about a rap list
One in a million, I’m on that list
On the map like a atlas, talk sh!T
Get hit with a fat lip
Smoking that buddha then dip in the pu$$y
We call it the catnip
Run the game like a 3090, leave them all behind me
Step back, mother-fu*ker, don’t try me
’cause I’m me, you know it’s logic