Calamity Lyrics by Zayn is latest English song with music also given by Unicorn Waves. Calamity song lyrics are written by Zayn. 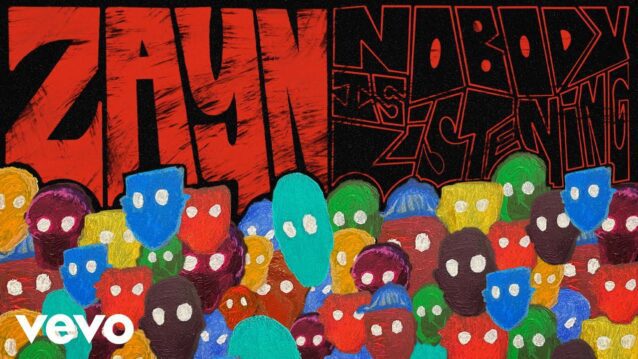 Nostalgia, what a funny feeling
I feel depleted from feelings I’ve been revealin’
It’s do or die, I’m not goin’ willing
But when it’s time, wrap in white linen
I rap this, I say it for my sanity
Whatever the calamity, I did this for myself
F*ck all of your fantasies
You’re a snake, fell off the ladder

I prefer speakin’ in analogies
I had enough of all this work
And I can’t trust that you’re family
I don’t know what’s next
The rend dead, that I never miss
My brain lives with the cannabis
Can I resist the dark abyss?
Leave a mark on this with no start, just exist
My mind in a prison shirt
And in time like a prison step
There’s no right that I feel of left
There’s no light if my view’s at stake

And which life should I choose to take
What’s left? Is it rumors, spares?
They are rumors we have to face
I prefer sooner than after late
I seen actors after BAFTA’s be more straight
I mean down the barrel
I hear ’em singin’, it’s the same carol
They’re tryna sprint in a long run, Mo Farah
They’re tryna fix when it’s long gone, don’t bother
There’s no other, that thoughts shutters, the most love us
I wanna bed you, but still sleep is deaths cousin
So two weeks is not far, does it?
Yeah, it’s the pass back, I press no rewind
Just watch my life by and lock the right ties