Obsessed Lyrics by Loski is latest English song with music also given by Swan Sounds, ProdByDizzy. Obsessed song lyrics are written by Loski. 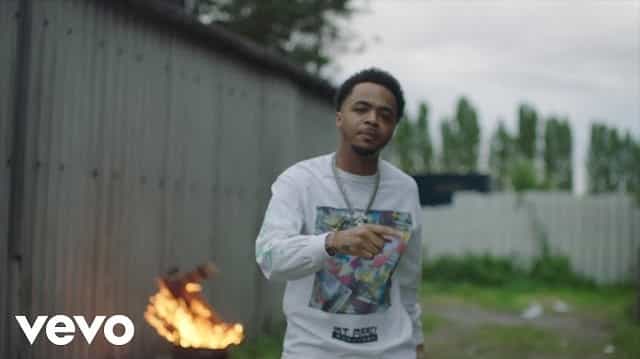 Take money
Why you so upset? (take money)
We weren’t even close
Take money
It’s swan
Yo, on my mama, that sh!T hard, dizzy
Take mo─

Why you so obsessed with me? I just wanna know
You’re happy ’cause you got a visit, you was little bro
Why you so upset with me? We weren’t even close
And I don’t go to jail for shanks, I only do for poles (yo)

Try touch ski, I wish a man would (muh)
You bought her a birkin bag and got booked (hah)
Chatty little yute started dissin’ maya
You looked real mad when she was in dubs
Ho-hot like wowo, ski dem live (yo), no
I don’t twerk and rap, that’s why (fiyah)
Don’t know why kira let me fu*k
Try give her cousin yuck, bi-bine (muh)
Name three opps, three opps that you chinged
I won’t rat (shh)
Left you to talk, now I’m back
I know you’re not like that, it’s just rap (hah)
You dm my bm, you addin’ my bm
I ain’t even with her, obsession is mad
Done it with risky, done it with gg
Done it with demon and grandad
Other-other side sayin’ that loski’s washed (huh?)
But can’t deny that I splash and brag (no)
Off tag, on tag, try man, I get mad, cheff him
Cheff him, man, I corned up that (hah)
Yo, really I come from the trenches (I don’t wanna─)
I don’t wanna hear that cap
How you tellin’ me go ride for my bredrins?
You was on vids sayin’ fu*k your gang

Why you so obsessed with me? I just wanna know
You’re happy ’cause you got a visit, you was little bro
Why you so upset with me? We weren’t even close
And I don’t go jail for shanks, I only do for poles

But wait (shh), just pree it (shh)
Your boy’s funny (shh), can’t you see it? (hah)
I took a picture, you got pressed (hah)
Touch your chest, what an eediat
On the ‘net, bucked my ex tryna flex like you beat it (jokeman)
You don’t use hot water it and bleach it, clean it
I really left that leakin’
Fu*k yourself and fu*k your gang, you done a whole interview
Some chatty pants (obsessed)
Really, what’s wrong with man? But it’s only music
It don’t bother man (obsessed)
Really I think you’re on the man
You say my name more time than you say your gang (obsessed)
Know how I’m rockin’ and ski dem live
They let it bang (muh)
And between me and you, you went east
Got robbed by my badman bruce (just cool)
Between me and you, you left your car
And you left your manager too
You got main character syndrome (hah)
Maybe the problem’s you (it’s you, darg)
And you ain’t gon’ hear from me again
So don’t reply to a tune (don’t do it)

Why you so obsessed with me? I just wanna know
You’re happy ’cause you got a visit, you was little bro
Why you so upset with me? We weren’t even close
And I don’t go jail for shanks, I only do for poles

Really, why you mad at me?
It weren’t me that made your eye get dug
And you was tryna be nicki minaj
Why the fu*k do you think you’re a thug?
You finally made more money than me
Every dad wants more for their son
Real sh!T, it’s just entertainment
Big ski, I don’t war with punks

Ayy, little bro
Ayy, little bro, stop with this obsessive ting, cuz’
You’re movin’ jarrin’, movin’ like one funny man
You grew up, tryna be nicki, man grew up tryna be spraggo
We ain’t the same, cuz’
And I heard you got a video with the old gyal too, ayy
Make sure you release that
Let that out cuz’, give the fans what they want
You know how we’re doin’ it
And stop with that all talk ’bout splash like say gang
Weren’t rockin’ their socks off on the wing
Stop playin’ games, cuz’
Little diggy minaj, twerkaholics