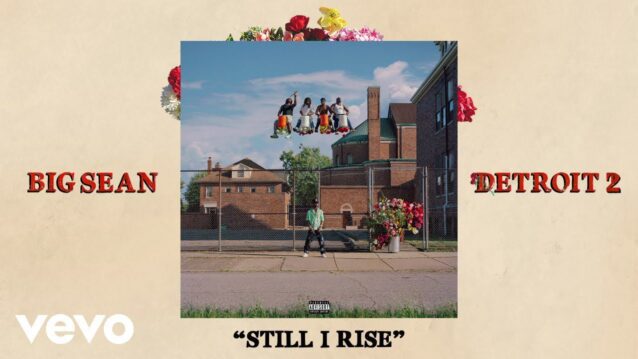 Yeah, yeah
What about that part (Two)
Ayy, yeah
Talk your shit, what? Ayy
Look at all the souls I saved
Look at all the O’s I made (Woah)
Same outfit, a couple days (Yeah)
Listen to Big Sean (Okay praise, nigga)

This for my baby who comin’ over to buss it open (Buss it)
Who get an Uber but really deserve a dozen roses (Damn)
Who got her hair done and didn’t think I even noticed
She just happy she chosen
But she the one who chose me, that’s what’s more important (Woah)
I give her more game than problems, she love how I coach her
Under unrealistic measures is the only way you can measure who’s chosen
I realized my mind frame is too big for the portrait
That’s why I’m steady tryna teach the whole hood corporate
Off psychedelics while a physic tryna read my fortune
But I know knowing too much of anything can be a torture (Yeah)
She like, “You supposed to meet my parents, you know that’s important”
How narcissistic you think I am? Huh?
You think I did when I didn’t (What?)
You think I paid for everything and didn’t pay attention
Like my head is as big as my name (Come on)
Just tell a real nigga once, baby, never again (Swerve)
And I’ll put you and all my loved ones on like it’s my only obligation
I made all they solid wins a loud proclamation
A little pressure and a lot of patience
They tell me you amazing, I say no, God amazing

Look at all the souls I saved (Straight up)
Look at all the O’s I made (Yeah)
Same outfit a couple of days (What about that part?)
Listen to Big Sean (Okay, praise)

But just remember it’s easier for mothafuckas to count you out than it is to count you in
So you gotta understand if they don’t see where you comin’ from or if they small-minded
And not thinking that it’s enough for all of us to get it
That’s why it’s important to be your own boss
To some capacity you know, put yourself in control
Through the ups and downs, wins and losses, they all just chapters
Chapters in your life story and really
Some losses teach you how to win you know
Some losses teach you more than always winning ever could (Yeah, ayy)
And I been there back against the ropes, against the wall
(I ain’t tryna waste nobody time, don’t waste mine)
That’s just ’cause you the one that can handle it, you know?
Shit man, you gotta prove yourself
You gotta rise the fuck up (Up)
Show ’em who you are, man (Yeah)
You ain’t gonna give me a way? Okay, cool
I’ma make a way, you feel me?
(Look at all these roads I paved, nigga)
Ain’t no mistakes, ain’t no regrets
Regrets only there ’cause you ain’t learned your lesson (All the times I ain’t cave)
Or forgave yourself, either or (Yeah, ayy)
Yeah (All we do is elevate), elevate
(Big Sean) And I’m just gonna leave it right here
Detroit 2, ayy, what’s fuckin with that, huh?