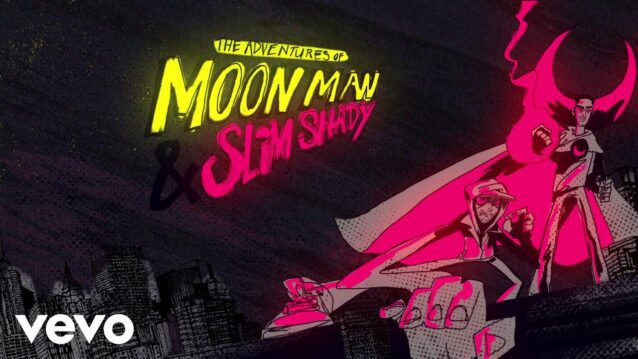 Yeah, it’s been a minute, but I’m back in it (Uh)
Y’all ain’t dealing with the same boy (No)
Got a little trippy, then I transitioned (Yeah)
New attitude mixed with that pure raw (Aw)
The night game, your girl called
She like, “Do me, baby, down to get busy, busy?” (Yes)
No dice, chill, whoadie (No)
In life, feeling dizzy
Oh, having visions of the city and I go to war
See me in the day through the late night (Night)
Tell ’em it’s the charm, I’m in freeze mode
To the gods, can’t stop a hero when he in flight (Flight)
I’m swimming in the light right
Go and get you some, go and show ’em something, this a new thang
Yeah, I let my nuts hang (Yeah)
Knock your top off with LeBron or Dwyane Wade (Yeah)
Aww, lift off
Can’t stunt a ni**a growth, better get gone, move along (Uh)
You don’t wanna trip, wanna get it on (Uh)
You don’t wanna act, don’t get me wrong (Nah)
They don’t listen to the words in the song (Uh-huh)
We ain’t gotta tell ’em, we just getting ready (Yeah)
See ’em fronting, we ain’t kidding
If you want it, you can get it
Members of the rage, come and get you some
Next step’s out the jet from the lean back
Running ’round the world and we ain’t packed
Hit ’em, vroom, vroom, leave ’em stuck, oh, you seen that?
I’m chillin’ where the team at
See a black Benz pull up with some jawns, yeah, I need that
So crazy, can’t believe it
No cams, damn, no filming at all, real ni**a facts (Come on)
Years ago, rehab
All good, helped me figure out another plan
It got bad, so bad
Nah, I ain’t f**king love that, man
Then I hopped out in a new zone with my Louis bag
True story, take you through the dark and the light (Yeah)
Godson, got through new
Back up in the world, it’s the day in the life (Cud)
Hit the blunt and get it (Dude)
Raised bars (Uh), same song, we did it (Yeah)
Hot sauce, pour it on all jams, explicit
Carry on, smoke strong, got your mama down with it (Come on)
And the game f**kin’ needed something dirty raw
Tell them this the law and we weeded (Uh)

So if it’s God you believe in (Yeah)
Bob your head and just nod in agreement (Yeah)
They say time’s undefeated
I’ma be the first one who can beat it (Yeah)
I had hoop dreams, now I shoot threes (What?)
Got a lil’ green (Yeah), but I don’t do weed (Nope)
Purp nor lean (Nah), that’s Tunechi (Yeah)
That’s New Orleans (What?), f**k Drew Brees (Yeah)
Snoop D-O-double (Uh), that’s two G’s (Yup)
I probably spent on paper, ooh-wee
Since Tuesday, probably killed a few trees (Yeah)
But the only ones I smoke are the loose leaf
Not high, but I’m your highness (What?)
And secretly, you’re on my dick (Hah)
But you haters are butthurt (Ow), bunch of sore hind-ends (Ow)
I was just a poor white kid (Yeah)
Now if rap was B-ball, I’d be Jordan-like, bi**h (What?)
You wish you could score like this (Nah), yeah
Not even at half court, I’d miss (Nah)
I’m mouthwash, ’cause if I was on the floor, I’d swish (Fluoride, fluoride, swish)
But I cannot lie (Nah)
I got you in my top five
Worst rappers of all time (Hah)
I lost my spot, y’all got Alzheim’ (Uh)
King of rap? Nah, their words, not mine (Yeah)
King of swear words and not lying (Yeah)
You should never compare yours (Nope)
A toll-free number (Yeah), only way you’ll ever have a hot line
f**k’s going on, man? (Yeah)
Bunch of half-wits up in office (What?)
Half of us walking around like a zombie apocalypse
Other half are just pissed off and (Yeah)
Don’t wanna wear a mask and they’re just scoffing
And that’s how you end up catching the shit off ’em
I just used the same basket as you shopping
Now I’m in a f**kin’ casket from you coughin’ (Damn)
Always stay ahead of haters, let ’em hate
But never let a traitor penetrate your circle
Separate yourself from those who try to pull you down
The real ones never stray, it’s sort of like Medusa (Yeah)
That’s how you stay ahead of snakes (Woo)
Emcees pull out gats, I don’t give a f**k how strapped
You’re gonna out-rap me? I doubt that
Please, bi**h, I’m a house rat
These raps are ’bout that cheese like mousetraps
Earthlings, I adapt to ’em
Certain things, I don’t want to do, but have to in
Order to just act human
Like using a bathroom and vacuuming (Yeah)
Rapping in the booth in a triple fat goose hazmat suit
Bubble wrap and a mask too and
I don’t think that’s what they meant by trap music (Nah)
Running through ink like I’m tattooing (Yeah)
This is music to be murdered by, you love
Turn the volume up, I am fired up like a blunt
Bread is long like an Italian sub, I am drugs
That is probably why your opinion of me’s high as f**k
And it’s nonstop fury (Yeah)
‘Cause I ain’t holding ’em up like an armed robbery (Nah)
And God’s my jury, so when I die, I’m not worried (Nah)
Prayers to George Floyd and Ahmaud Arbery (Yeah)
How the f**k is it that so many cops are dirty? (Huh?)
Stop, man, please, officer, I’m sorry
But I can’t breathe when I got you on top of me
Your goddamn knee’s on my carotid artery (f**k)

The adventures of Moon Man & Slim (Ah)
Yes, who want it with them?
The trilogy continues
Serving ni**as, yes, see what’s on the menu (Yeah)
Watch ’em panic, hot damnit (Let’s get it, baby)
Hope you f**kers understand it
The realer for you ni**as
Come and get these scriptures (Yeah)
Rap God (Uh)
Rager