Skip to content
Home » English Songs » Why Would I Stop? Lyrics – Big Sean 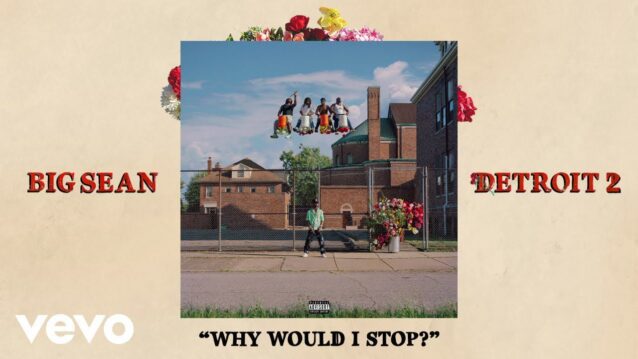 Why Would I Stop Song Detail

Why Would I Stop? Lyrics

Yeah, woah
This what they been waiting on?
Critical, ain’t no time left on the clock
When it’s your time, give ’em something to watch
I picked all the locks ’til I buy out the block
And I know I’m a gift but I think out the box

This shit the antidote, this the cure cancer flow
Stop a pandemic and the globe
The product of old ‘Ye chopping up the sample flow
Dilla and Pimp C, the triller
This shit might go too trill for Triller though (Woah)
I see you critical, I’m the hospitable
Favorite rappers, I done cut they umbilicals (Cut)
Rеd Wings jersey B.I.G., look like Pac
Thе blacker the berry, more they wan’ see it rot (Rot)
I’m going down as one of the gods
G-O-D D-O-A, dead or alive
I’m laying low, they could be espionage
This ain’t no walk in the park, you can’t slide
Solution to everyone one else ’round me problems
Next episode, got the whole fucking world watching
I might leave the series, come back like I’m Robin
Getting that all right now my only two options

Why Would I Stop? Song Video