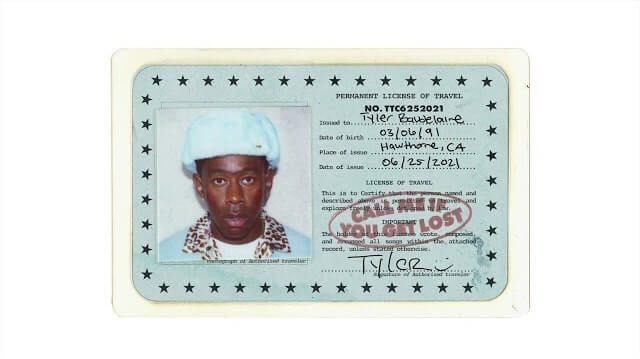 Met you on a Saturday, knew it was somethin’ soon as you spoke it
Eye f**kin’ across the table, don’t think anybody noticed
You asked me if I was comin’ the city you from
Maybe we should kick it, I was interested, that would be dumb
If I denied long legs, good ears, great taste
Smell good, sense of humor, obvious a good face
And we clicked, we was at each other’s hips
I ain’t even wanna f**k ’cause your presence was enough
You and I make sense, you stay back at my tele’
We was chattin’ ’til mornin’, the vibrations was heavy
I wasn’t drownin’ or yawnin’, that’s when I told you my feelings
You told me you felt the same but you got homie you dealin’ with
Damn, I didn’t know, that’s a bit unexpected
But I get it, it’s whatever, least I could do is respect it
We still gon’ kick it and check-in like nothin’ could ever stop it
The problem is he my friend, but if I’m honest, I’m really hopin’ you drop him
It’s morals I really have, it’s lines I could never cross
But you got somethin’ that make all them good intentions get lost
I try to keep it together, never felt this way
We spent ’bout two weeks together, only skipped one day
And they say, “Bros over hoes,” I’m like, “Mm, nah, hey”
I would rather hold your hand and have a cool handshake
But whatever, we still could be friends, it could still be champs
I’ma play it cool, we got somethin’, we cannot pretend, uh, uh

It’s, it’s like starting a race
And then when you take off, they like, “No, no, it’s not a end,” huh
It was too late and shit

FaceTimin’, that ain’t ’bout nothin’, you laughin’, packin’ your luggage
It’s nothin’ incriminatin’ but please delete our discussions
You hit me with that look and replied like, “Duh, bi**h”
Don’t want your man to think that we creepin’ behind his back
Crossed the line, crossed the line, crossed the—, nah, we never did that
Though I haven’t seen him in months, shit, it’s rare he never hit back
Anyway, convince him to bring you to me so we could kick it
Right in front of his lenses, nothing here is malicious
You sat by me in that movie, we went outside for them doobies
We walkin’ off when we talk, man, that ni**a not f**kin’ stupid
He see it, he know it’s somethin’ we frontin’ like, “Ha-ha-ha”
Whenever we “Ha-ha-ha,” we suddenly press his buttons
Not on purpose, but, man, I found my purpose
If I f**k our friendship up for you, I think it’s worth it
But, nah, I can’t do that, that ni**a don’t deserve it
And plus y’all got depth, I’m just the ni**a on the surface, for real
Surface

Didn’t see you a couple weeks, think he want you away from me
Know y’all argue ’bout if you mad, you met him before you met me
I feel guilty but not as much as I should
I tried to have that self-control but not as much as I could
I been down for days, you in my city and I can’t see your face
I can’t eat knowin’ you with him and not at my place
I never been jealous of another man
Especially when I have everything I want at hand
Except you, you

You know, I got every damn car, multiple cribs
But it’s like, “No, I want that,” haha

He left for some days, I cleared out my sched’, I cleared out my head
You dropped off at mine, I say that we fled, “No, you pick a place”
Week in Tulum, a week in Capri, or die right here
As long as you with me, I’ll be at peace, huh
You was supposed to go back home then see your bestie
I told you I can’t hit that zone, too busy next week
You was like, “Hmm, I’ll stay a week, she’ll get over that”
Seven days with me, your ni**a like, “Where the f**k you at?”
Dirtyin’ my bakin’ pot, tennis at my mama’s spot
Chauffered in the Rolls, the back entrance for them restaurants
Parts playin’ chess games, givin’ wigs pet names
Manicures, night swims, Gerard providin’ methane
Shoppin’ til we droppin’, what you coppin’?
See, the price is not a option
It’s investments ’cause your smile is the profit to me
I know around him, you gotta act like you not into me
I know your answer but you gotta keep it honest with me
Said you can’t fully be into me ’cause you with him
Then why the f**k when we link it’s like he doesn’t exist?
And y’all know that we friends but we both aware that it’s more
Everything I got, if you say the word, then it’s yours
The only thing I’m missin’ in life, I know you could be it
And everyone around me that care ’bout me could see it
I could f**k a trillion bi**hes every country I done been in
Men or women, it don’t matter, if I seen ’em, then I had ’em
But with you, it’s a feeling ’cause we twinnin’ and we matchin’
You stayed in the car when I went on date with that actress
Whole time I’m eatin’, I couldn’t wait to get back
In the back of the car with you and talk about who we are
You told me when you with me, it’s like heroin
Told me that your confidence went up since we befriended, and
Told me that you didn’t wanna hurt him while we doin’ this
Told me this a awkward situation and you just wanna be through with it
Told me every time you not with him, it started problems, and
Told me every time you not with me, you always ponder
What type of sweater I’m wearin’, what music have I been finding
Girl, you know that I’m a player whenever, that’s what we bonded over
You said you told him the truth and you never lied
Now he lookin’ at you with them eyes
We never crossed the line but he got every right to be a lil’ pissed off
He picked you up, y’all got an argument, he got his shit off
My energy like, “Get lost,” your energy just want peace
I couldn’t even tell you his energy ’cause he don’t speak
He ain’t even call you his bi**h
Until he see me make you smile, that ni**a threatenin’ as shit
I’m in the wrong, though
I picked you up, your energy off
Your lips really dry, something is off
You ask if I gotta, I ask if you gotta
We trip on our words, nobody is lyin’, hakuna matata
We sat in the car and cried for a hour
My shirt look like a showerhead got it, we called it off
I’ll skip the details but that night I seen hell
You was in a room I was payin’ for, I took three Ls
Know I didn’t sleep well, woke up and my knees fell
They buckled to the ground, I cannot walk, shit, I need ‘Vil
Next day I’m drivin’ ’round the city with no destination back-up
Water in my eyes kept falling like Niagara
Ville right beside me makin’ sure I didn’t crash or
Do something heinous ’cause I’m emotionally jabbed up
You checked every box, I thought it was it
Felt like I got led on and pushed off a cliff
No, I’m in the wrong, that was a friend
No, f**k that, the energy we had, never again we’ll find it
You in the wrong, gotta remind you ’bout the times that you stepped
Gotta rewind it—aw, f**k
We talkin’ ’bout our kinks, real cautious with the links
You don’t do that type of shit when you in relationship
And you a hundred with your mate, so don’t go actin’ like no saint
‘Cause it’s a two-way street, and shit, you knew what I was on
And while that ni**a out and gone, shit, you was loungin’ in my home
Shit, I even let you meet my mama and y’all got along
But shit, I take my L, though, it’s not fun
You still got your ni**a and still had your fun
Shit, I can’t even look at you and think about bad words
That’s why I called and said we couldn’t end this on bad terms
We straight like a bad perm, we’ll always be good friends
And laugh about it on a sandy beach while our back burns, huh
This my perspective, this how I feel
I ain’t fabricate nothin’, I kept it real
I told you I loved you and always will
And if he ever put his hands on you, promise I get him killed, true
True, true, true, yeah

On God, I love that girlfriend
I’m a sh—, I’m a bad person, like, I’m in the wrong, I’m a bad person
I had no ill intentions, though
Shit, everybody got hurt
I got hurt, bruh
It’s a shit situation
All the morals and power you have is vanished when a certain energy is nearin’
And those feelings got so much gravity and it’s out of your control
It made me realize that those don’t know what they doin’ either
We’re all just children
I ain’t mean to f**k nobody’s children, man
I thought I was bulletproof
She proved me wrong, man
I felt two hundred percent with her
It’s beautiful
I was able to feel
But it was, it was bad timing
And I’m mad private with this side of my life ’cause people are weirdos, and
I just try to keep anyone I care about in the shadows
Safe from the commentary and spotlight and thoughts
‘Cause it’s just a story for the people outside of it
But I guess you’re just another chapter in a book