Orville Lyrics by Logic ft. Like, Blu, Exile is latest English song with music also given by 6ix. Orville song lyrics are written by 6ix, Like, Exile, Blu & Logic. 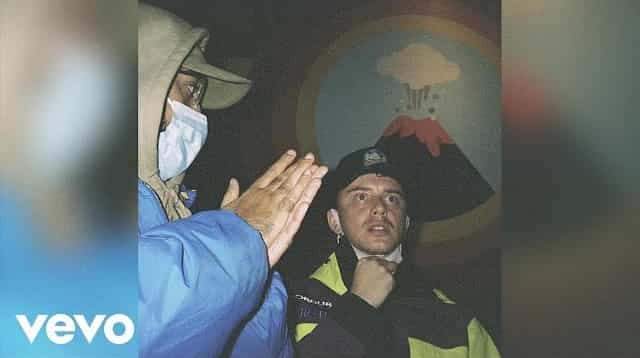 Ayo, what’s the deal? Mind too active, can’t sit still
I kinda feel like I just took a limitless pill
I’m captain mercer on the beat, watch me murder the krill
That’s a sci-fi reference, nerd sh!T my preference
Family is the only thing that mattеrs, b!Tch, I’m stefan
I can’t believе at first sight you thought I was steve
B!Tch, I’ll orphan you
Shapeshift and morph into your mom
Slit your throat and make it look like she’s
The one that committed the crime
You know I’m too committed to rhyme since my first show in chicago
Never throwin’ shade, we keepin’ it light like vitiligo
Chain around my neck glisten like el dorado
Can’t fu*k b!Tches with baggage, you married a ho with cargo
B!Tches be jumpin’ ship word to argo
If you don’t understand that line, no need for an apology
You stupid motherfu*ker, I’m referencin’ greek mythology
I never went to college, b
And made millions while you pissed like you majored in urology
Now logically, I’m the top mc
How dare you got the nerve to bring that weak sh!T, neuropathy
Ain’t no stoppin’ me
Even if you stand on my grave, you’re never toppin’ me

Down, down, that’s how we get down
Down, yeah, yeah, you know get down
Pick the mic up and then we get down, down
So high up that it’s down

Wow, my sh!T so profound
Wow, y’all done bit the whole style
Wow, I don’t trip, I just smile
Murderous sh!T, I fit the profile
Murder was the case, had that sh!T on sight
Play this in the whip, man, that sh!T gon’ crank
You steady talkin’ sh!T like your sh!T don’t stank (uh-huh, uh-huh)
News flash, buddy, we the sh!T, move right

From irrelevant back to relevant in a matter of seconds
Tired of misconceptions
Misdirected, inheaded in my direction
Intelligent and I’m tellin’ it
Droppin’ heavy sh!T that’s still heaven sent
The freshest prince
Utmost, definite, deadin’ it
‘fore n!Ggas can’t fathom who they effin’ with
Raw, no condom, you still can’t come correct with it
I represent a specialist of artist who never charted but never parted
Often regarded as the hardest, as the autumn falls in ’til the wind
I never fail, leaves do emcees too but the pros propel, don’t tell
Another cup of xxl, trouble for sale
Back bustin’ a couple of shells, for durell
Logic asked me “What the deal?”
Back then it was a film per album, plus a couple mill’
Plug pulled the rug from up under my wheels
Humbly kill, stomach and pills, fumblin’ bills sh!T
Killed the player like jada did will smith
For tryna play the same game, n!Gga, you will quit
I still spit, like it’s foot on my throat, ’til I’m a ghost
Still not a g.O.A.T. But I feel like the g.O.A.T
End of my quote, go